Where is that plane?  Seriously. It has been almost five months since Malaysian Airlines flight MH370 went missing with 239 passengers and crew. For the first few days after the disappearance you could understand the confusion but as the various theories were explored and disproved,  and the days turned to weeks,  which then turned to months,  the disappearance and lack of answers morphed into the absurd. And when The New York Times ran a story this past week that said we could all be geographically tracked by the cat photos we post on the internet, it becomes even harder to understand how the largest commercial jet in the world could completely disappear without a trace. My heart really breaks for all those families waiting to find out what happened to their loved ones. The next time I fly I am totally not turning off my phone. (true life confession:  I flew at least a couple of times after I got my first iPhone without turning it off because I was doing it wrong.) 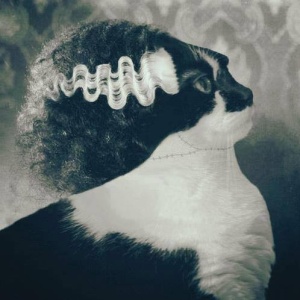 Oh no!! Now The New York Times knows where I live.

Does Steve Nicks ever wear jeans? I mean she has been famous for like a eleventy billion years yet I don’t think she has ever been seen in public without her never-ending supply of fortune-teller lady skirts. In fact, I wonder if she even owns a pair of pants? What does she wear to Target when she has to go buy mundane things like paper towel, Advil and kitty litter?  Just imagine how hard it would be to ride a bike without all those scarf-y things getting stuck in the spokes, and how super dangerous it would be to go to a bonfire on the beach when one swift breeze could set your entire nether regions ablaze? And now that I think of it, I don’t think our hometown fashionista himself Mr. Prince has ever been seen in denim either. Probably not even at the Minnesota State Fair or while making pancakes.

Why are there pimentos in green olives? Back in the olde (intentional typo) days when I was a kid, I thought those slimy red things in the middle of olives were just the pits before they ripened and turned into black olives. No judging, it was a simpler time, well before we had a Whole Foods in practically every town and fancy olive bars in most grocery stores. It still is beyond my comprehension WHY anyone at the olive factory ever thought that pimentos in olives was a good idea because it is not. In fact, it is repulsive. On the other hand, blue cheese or manchego or even garlic in olives is an excellent idea and lovely.

Who is the father of January Jones’s son?  Of course this is really nobody’s business except the parties involved  but this is a stone-cold Hollywood gossip mystery of which there are few remaining in this age of show and tell everything. There are plenty of suspects: Bobby Flay (you would think the child would be a ginger, but you never know?), Jason Sudeikis (he has daddy abandonment issues, so it doesn’t seem like he would repeat that history), Matthew Vaughn (the director married to poor Claudia Schiffer with his own father Robert Vaughn, the man who U.N.C.L.E himself, denying his paternity ), and Michael Fassbender (Fassy, no! I refuse to believe it). Why there has not been this much speculation on who’s the daddy since Hester Prynne had a baby without a noticeable husband in the Scarlet Letter.

How come this cat looks so guilty? And why don’t my cats ever look or feel guilty doing much worse things than opening a drawer and finding perhaps just a little too much comfort in a piece of tulle?

Kicking & Screaming One Day At a Time

ipsyvsbirchbox
Life and Other Disasters

A great site about books, TV, movies, life and other disasters just like it

Apartment Therapy| Saving the world, one room at a time

The Art and Craft of Blogging

The latest news on WordPress.com and the WordPress community.